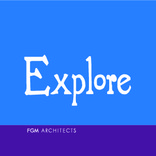 Do our schools offer "safe, warm and dry" learning environments?

How can our buildings better support 21st century learning as we implement the new 2020 Vision Strategic Plan?

Will we have enough space to meet the needs of current students and our projected future enrollment?

These are only a few of the wide-ranging questions being considered as District 64 plans for its present and future facility needs.

As authorized by the Board of Education on February 23, 2015, District 64 has teamed with FGM Architects and construction manager Nicholas & Associates to complete two important studies:

Together, the HLS / MFP report is a comprehensive look at code requirements, the physical condition of the buildings, and educational needs for 21st century learning.

Why Create a Master Facilities Plan?  Every school district has limited resources and no school district can do all the work that needs or would ideally be done. That's why it's essential for District 64 to understand our facility needs and prioritize expenditures to maintain safe buildings, to support 21st century learning in our schools, and to protect our community’s investment in its facilities. The replacement cost of all the District's facilities is $277 million.

Investigating, engaging with the community, researching, and exploring options -- these were the major activities this spring as District 64's design team completed the HLS/MFP. As described in more detail in the steps below, all eight school buildings (our early learning center at Jefferson School, five elementary schools, and two middle schools) were thoroughly examined to document where we are now and how our facilities can better support the District's educational goals in the years ahead.

FGM also conducted a series of meetings at each school to gather information from the principal and staff, review findings and possible improvements, and review recommendations. In addition, parent and student sessions were held.

At each step, key findings and updates were shared with the Board of Education during community presentations (PDFs are available below and videos also are available):

New information about projects is added as it becomes available.

Based on the Board's direction from the June 2015 meeting, over the summer and into early fall 2015, District 64 has worked to prioritize the projects beginning with a two-year plan for repairs and improvements to be undertaken during the summers of 2016 and 2017. The recommendations  focus on the "envelope" of the schools to keep students and staff "safe, warm and dry."

The Board has been considering options for how the HLS/MFP work can be financed:

As the District worked with its design team to complete the HLS survey and develop the Master Facilities Plan, here are the five steps that occurred in spring 2015:

The first step in data gathering was the Health Life Safety Survey. FGM completed a fire separation and exiting analysis of the buildings, visited the buildings to verify conditions, and identified health life safety code deficiencies. During the Health Life Safety Survey process, FGM collected existing documentation for each building, including: current and projected enrollment; current curriculum and space use; academic and activity schedules; special education and other student support programs; technology; security; and community use. FGM met with each principal and school community to further understand the use of space, operational patterns of the facilities, and challenges using the current facilities.

A project design team of administrators, FGM and the District's construction manager reviewed current educational facilities trends, technological trends, and an understanding of how educational facility design can support pedagogy. This wide-ranging discussion also considered changes currently being implemented or foreseen in space use and operational practices.

The project design team worked together to define and understand current and projected curricular directions, capacity needs, and other program, activity or operational needs. FGM then used the program information to evaluate where each of the current facilities is relative to the program information to identify where there are space deficiencies, inefficiencies, or other anomalies that should be considered in the concept phase.

Based on the HLS, individual school meetings, site observations and direction from the project design team, FGM developed projects and concepts for addressing building and District-wide needs.

Building on these discussions, recommendations were developed for a range of HLS/MFP projects. The initial presentation of the overall concept was presented to the Board of Education on June 22. In-depth consideration of specific projects will begin in fall 2015.

Improvements to be made this summer

District 64 to return to in-person learning